The Russian delegation visited Heilongjiang Province, China from May 31 - June 01, 2018. 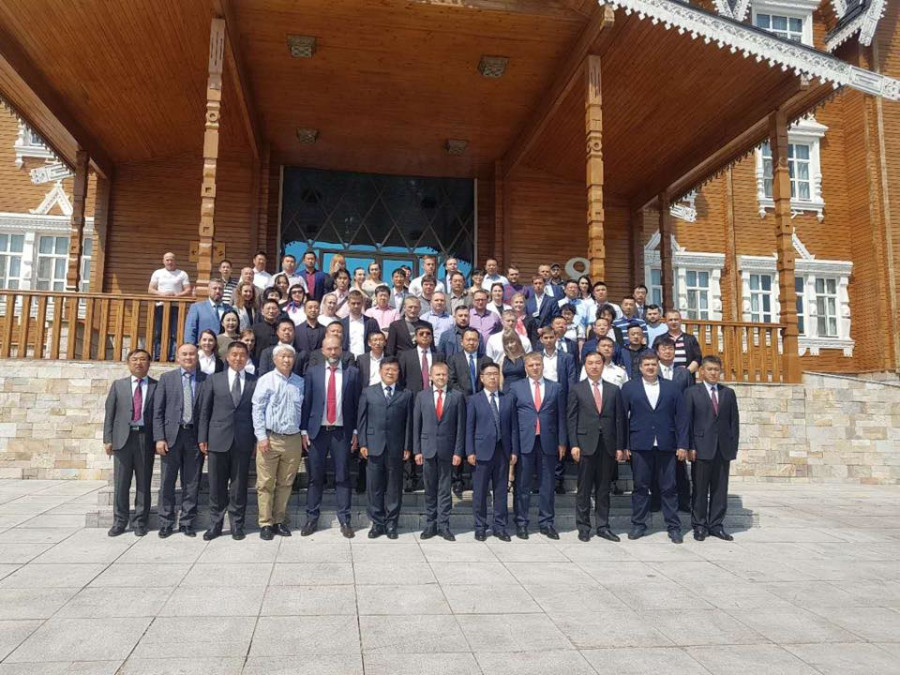 From May 31 to June 01, 2018, the delegation visited the People's Republic of China, Heilongjiang province, Suifenhe city, at the invitation of the Suifenhe city administration and the 1st secretary of the city committee of the Communist Party of China, Suifenhe, consisting of;

Our delegation was greeted very warmly in the city of Suifunhe, the organization was at the highest level.

- production and exhibition pavilion in the bonded area

- office of "OPORA RUSSIA" in Suifenhe

A forum was held between lawyers and attorneys of Primorsky Krai, Russia and Heilongjiang province, China on interaction and protection of foreign entrepreneurs and investors.

In particular, the Forum participants considered the legal systems of China and Russia, the existing demand for legal services from entrepreneurs and citizens, the procedural issue of arbitration and investments, the mechanism for resolving disputes arising in the process of border trade. Special attention was focused on the need to develop specific mechanisms to protect the rights and interests of investors both in Russia and in China. The Chinese side presented the possibilities of the Center for Public Legal Services, ready to provide assistance required by Russian entrepreneurs. And in Russia, at the site of Primorskaya OPORA RUSSIA, a corresponding committee has also been created and is operating.

About 100 entrepreneurs from China and Russia were received in a ceremonial meeting and B2B negotiations, where a substantive discussion of the implementation of joint business projects took place

The Suifenhe Quarantine Service Administration announced a project from members of the OPORA RUSSIA PKO to create electronic protective measures for food products in Russia, which will allow, in the shortest possible time, Chinese Consumers to instantly check the authenticity of the Goods.

President of OPORA RUSSIA Alexander Kalinin held a meeting on the topic: "Interaction and cooperation between Russian and Chinese companies in support of Russian and Chinese entrepreneurs" with the First Secretary of the City Committee of the Communist Party of China in Suifenhe Wang Xingzhi, Vice-Mayors Fang Zhongzhi, Wang Legang , Fu Gang, Chief of Customs, Lue Hongping. At which the Chairman of the Primorsky Regional Branch of OPORA RUSSIA Gumenyuk Vitaly signed agreements: with the state investment agency of Suifenhe, providing for cooperation on the organization of the second stage of the Russian Street; with the Chinese group of companies "Chengtou" on the development of a series of Russian food products "Mishkin taste".

Summing up the results of the working visit to China, President of OPORA RUSSIA Alexander Kalinin emphasized that the experience of supporting small and medium-sized businesses in China and interaction with investors presented to Russian entrepreneurs is subject to deep and meaningful analysis, and the development of appropriate proposals for its implementation in Russia. He noted that the first initiatives of OPORA RUSSIA in this direction will be announced at the next Eastern Economic Forum, which will be held in September this year in Primorye. The head of OPORA RUSSIA also said that the development of the Primorye-1 international transport corridor requires close attention of the authorities to strengthen trade and economic cooperation.