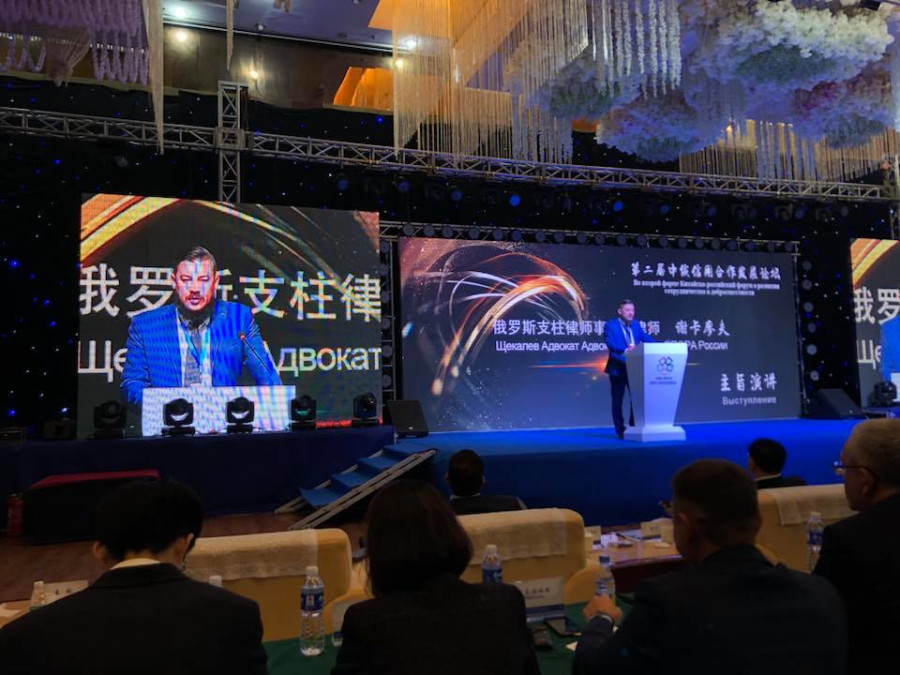 # A wonderful exhibition and forum in China or we were recognized as a bona fide business partner!

From August 7 to August 9, 2018, a 39-person delegation led by Vitaly Gumenyuk, Chairman of OPORA RUSSIA, participated in the 6th International Exhibition in Suifenhe and the 2nd Forum of Russian-Chinese Development of Cooperation and Integrity. The event was supported by the administration of the Primorsky Territory in the person of our esteemed colleague Vice - Governor Konstantin Bogdanenko, as well as our colleague director of the "PC Export Development Center" Evgeny Nikiforov, President of the "Primorskaya CCI" Union Stupnitsky Boris. From China, we were met by delegations from the Heilongjiang Provincial Administration, under the leadership of Vice Governor Jia Yumei, Suifenhe Administration represented by Vice Mayor Fang Zhong Zhi, Vice Mayor Li Te Gang, Deputy Chamber of Commerce of Zhezqiang Provincial Mr. Li, Deputy Director of Alibaba Group Ding Xiao Min, business associations of Suifunhe, Harbin, Yiwu, Shanghai, etc.

The exhibition featured Chinese and Russian food products, alcohol, and seafood. Working meetings and b2b were held. In the first history of Russian-Chinese relations between the northern provinces of China, at the forum, three Chinese companies and three Primorye companies were awarded AA CERTIFICATES, confirming the level of reliability of companies from the government of Suifenhe and market surveillance.

It’s already the 11th, and the thought that I haven’t written yet how wonderful the participation of the OPORA RUSSIA colleagues in the above event was, burned me from the inside.

First: Thank you colleagues for your participation, for your patience, for your enthusiasm and solidarity. For your active participation in official and unofficial meetings, for a strong "liver"), for a fruitful b2b with the Chinese side, for participating in the exhibition, promoting Russian food products, a fish exchange trading system, and also, we were pleasantly surprised , Russian-made air cleaners.

Secondly: Thanks to our two birthday children, Alexander and Mikhail, who, despite their birthday, dropped everything, realizing the importance of the event and were with us. Now you have even more friends in Primorye and Suifenhe at all levels.

Third: Friends, we have become not just pioneers, we have contributed to the history of Russian export. The fact is that exactly 3 (three) companies of our Primorsky colleagues of PKO OPORA RUSSIA received a CERTIFICATE OF INTEGRITY level AA - this is the highest level of recognition from the Chinese business and the authorities of Suifenhe.

Together with our colleagues and our leader, OPORA RUSSIA, Gumenyuk Vitaly, we greet our heroes with applause.

3. LLC "Investment holding" Opora "director Andrey Obrashko. The company supports and searches for investment projects with the participation of foreign capital, is a resident of the Free Port of Vladivostok, and is engaged in construction.

# And little takeaways about big things:

We went to this for a long time. If you all remember, our pioneer was the project “Trade House“ SOYUZ ”, which fulfilled its role. And 2 years of experience“ around the bush ”, which was transformed, filtered and, as they say,“ water sharpened the stone ”turned into real business.

The fact is that it is very difficult to find trust between a Chinese and a Russian businessman, because this is not Politics, in which our relations are at least 10 orders of magnitude higher.

So colleagues, after negotiations and many years of considering each other as business partners, we came to an agreement with a large business association Suifenhe, with the support of the Suifenhe administration;

2. Allocation of our own large warehouse in Suifenh and construction of a warehouse in the Primorsky Territory

3. The process of creating two Internet resources has already been launched, which will be combined into one structure for the sale of Russian and Chinese goods, with the possibility of obtaining additional protection against counterfeiting

These are Online sales, Logistics, Customs, promotion and implementation of investment projects in the Primorsky Territory and China.

And after meeting at a private meeting with the Deputy Director of Alibaba Group, Mr. Ding Xiao Min, who wants to build a Russian house in Hangzhou, where the headquarters of Alibaba is located and, with the help of OPORA RUSSIA, fill it with Russian goods, we realized that this is the future is already the third point of our project and we are moving right